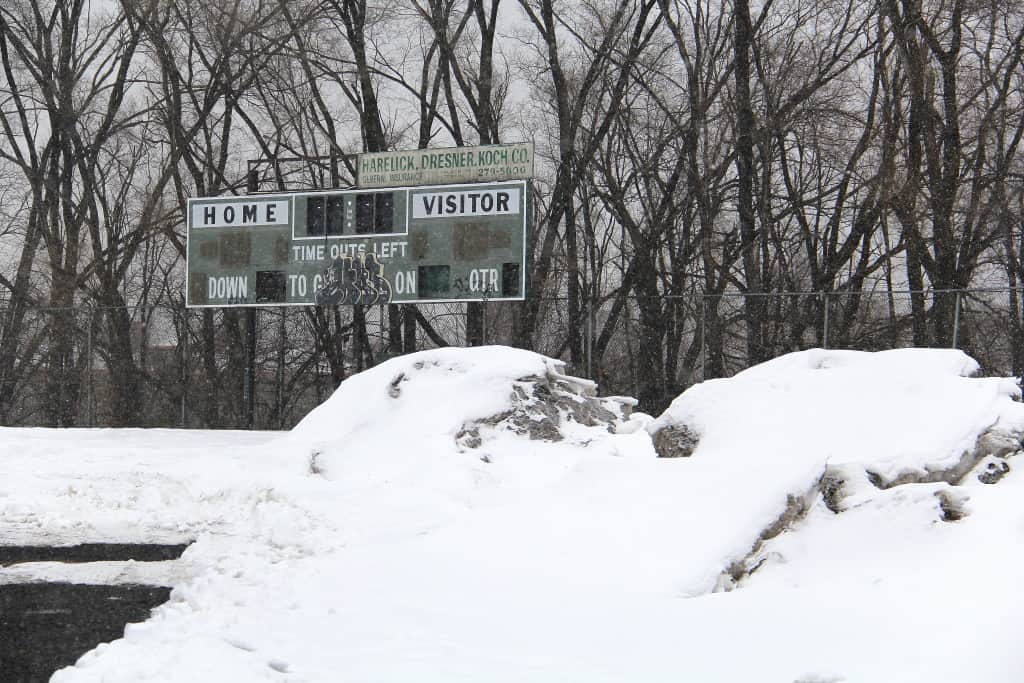 A couple of weeks ago on a photo trip to Paterson’s Great Falls, I peered over at Hinchliffe Stadium and noticed the main gates were open. Inside on what had been the football playing field (and deep in the outfield) were piles of snow.  Such piles are not so unusual in the northeast this winter, but these mounds stood out because they had obviously been trucked in. Sadly, I thought nothing of it. But I should have, because it’s not good for the historical landmark. 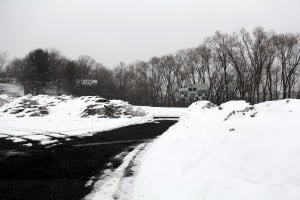 I took a drive over today to look at it again. The gates remain open, allowing me to walk right in to see the mounds for myself. And while this would be a much more damning violation if any restoration had begun, Friends of Hinchliffe Stadium co-founder Brian LoPinto has a point when he notes that it’s not just snow and ice, but heavy machinery driving into the stadium to dump whatever contaminants have also been picked up along with the snow. The photo at right even shows evidence of black-and-yellow road markers (which you can see when you click through to the Flickr page), either those roughly three-foot high poles that often divide lanes or perhaps pieces of temporary speed bumps. In any case, I’m sure we’re looking at more than just H20 in various states.

But walking inside sparked another realization. Last April, hundreds of local students helped clean up the stadium, most noticeably by painting over the years of graffiti on its white walls. Today, what should have been a nearly whitewashed scene — from the snow on the ground to the snow-covered slope of the bleachers up to the white structure itself — is once again tagged with the marks of hoodlums. While there are other openings around the structure through which vagrants gain access, the wide-open gate near the small parking area adjacent to the Great Falls park is just inviting vandals. 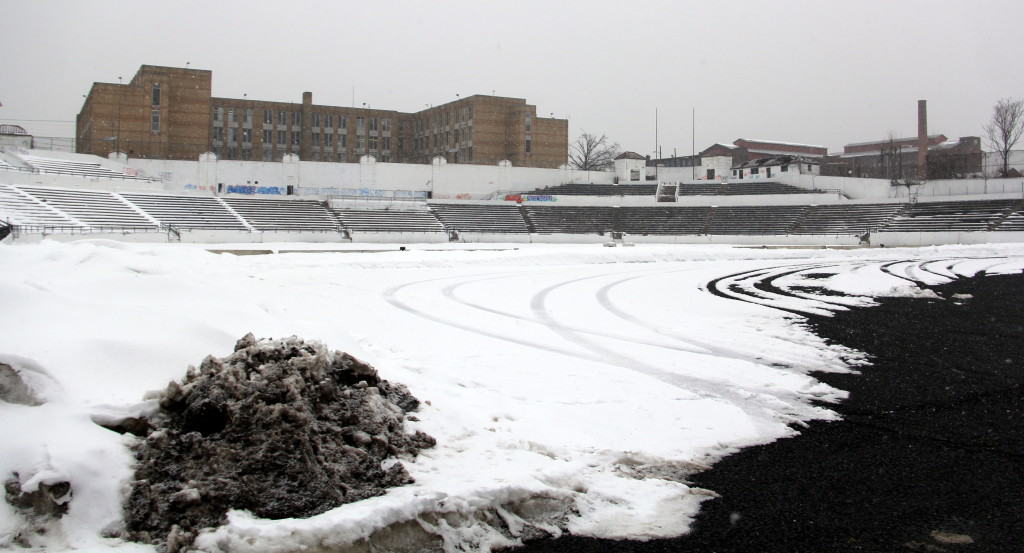 As LoPinto argues in his letter linked above, this isn’t just about dumping snow in Hinchliffe Stadium. This is about nearly two decades of neglect since the school district stopped using the arena and more recent years of disrespect since the site landed on the National Trust for Historic Preservation’s 10 most endangered list and subsequently gained landmark status and national park recognition.

I understand that returning Hinchliffe to a usable state cannot be done overnight — not even the plans to return it to use can be done overnight, not when money and politics are involved. But for the stadium’s sake, for history’s sake, I hope that process picks up soon. Or else there might not be anything worth saving.