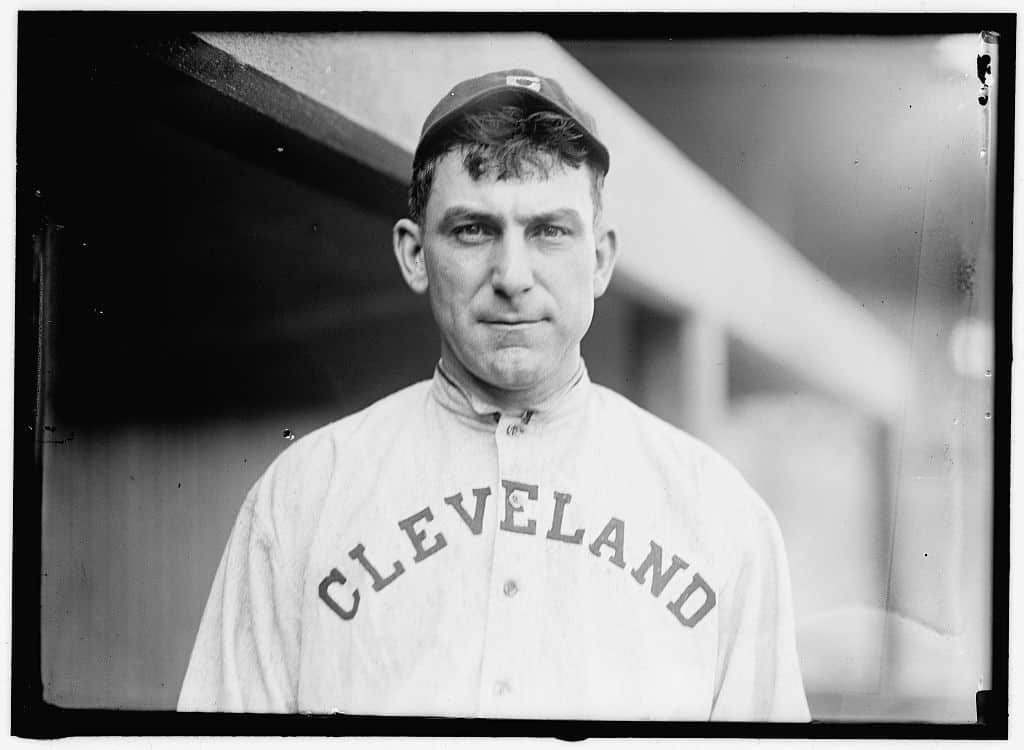 In (digitally) flipping through some old issues of Sporting Life recently, I came upon the following list, tucked into the bottom of the right column on p. 7 of the Feb. 27, 1915, issue. It appears to be one of those quirky little filler pieces once found in newspapers, but now obsolete with digital media.

It’s a list alluding to Judge Kenesaw Mountain Landis, who at the time had a lawsuit before him between the upstart Federal League and the American and National leagues. (Landis’ involvement may be one of the reasons the owners turned to him in 1920 when they needed a commissioner.) Anyway, No. 4 on the Philadelphia North American‘s list of  “Where Judges Could Help” in baseball caught my eye: “That fellow who can’t tell Lajoie from Eddie Murphy.” 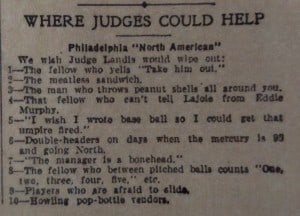 Presumably, the North American was as frustrated by the uninformed, fair-weather fan as we are 100 years later. I mean, really, who couldn’t tell these two apart? 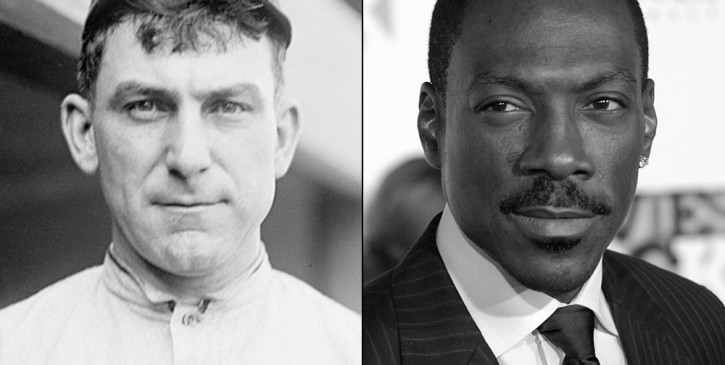 Kidding! On the left is Hall of Fame second baseman Napoleon Lajoie, who was 40 years old and was about to return to Philadelphia to play for the A’s after 13 years in Cleveland. On the right, of course, is the Eddie Murphy, star of Saturday Night Live and a long movie career.

So who was this Eddie Murphy that Philadelphia fans were confusing for the great Lajoie? In February 1915, he was a 22-year-old outfielder for the A’s who had just finished his third Major League season by leading the AL with 12 times hit by a pitch. In 1914, he also led the league in being caught stealing 32 times. Out of 68 attempts. That’s a 53 percent success rate.

The White Sox purchased his contract during the 1915 season, and he remained with the South Siders through 1921 — including the 1919 Black Sox team. Murphy went 0-for-2 with a strikeout in that World Series, but did not associate with the gamblers, earning him the nickname “Honest Eddie.”

And here is what Honest Eddie himself looked like. Unfortunately, there’s no record that I could find on his ability to do impressions. 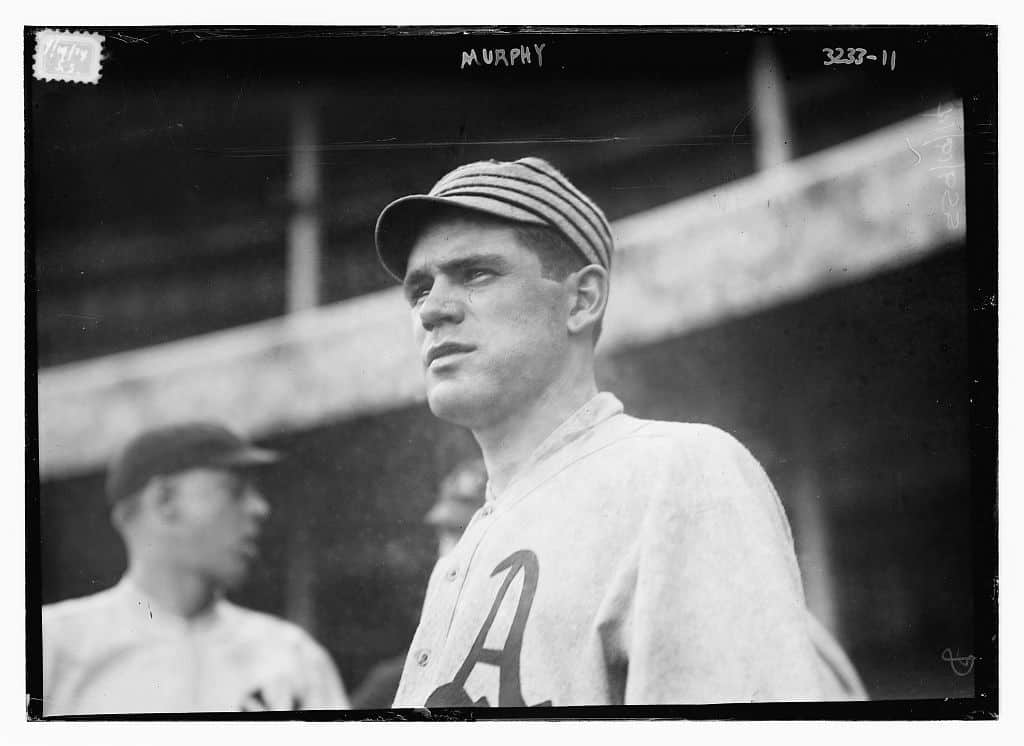 It should be noted that a few other items on the list remain in the game 100 years later. “The fellow who yells ‘Take him out'” remains, as does “The man who throws peanut shells all around you” and he (or she) who complains, “The manager is a bonehead.” Or worse.

« How far down on the farm?
Hinchliffe Stadium snowed in »