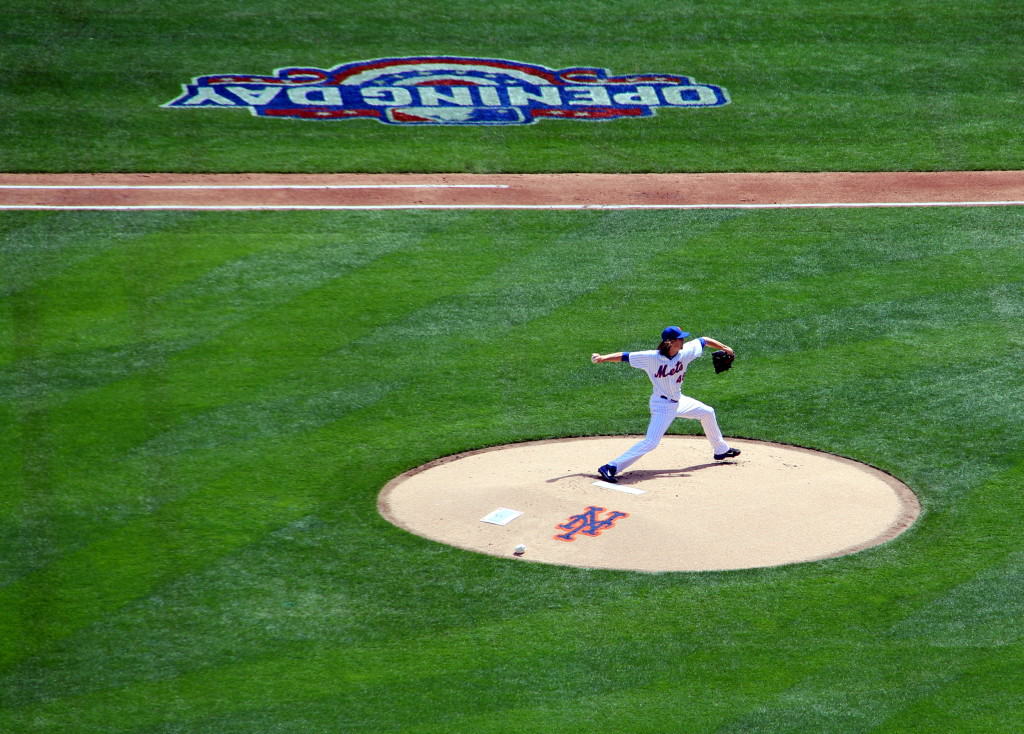 The Mets opened the home portion of their schedule yesterday with a satisfying win over a rebuilding rival on a gorgeous spring day. The reigning NL Rookie of the Year didn’t allow a run despite not having his best stuff, and a pair of emerging young cornerstones drove in the two runs. You couldn’t ask for much more.

The Mets are now 35-20 in home openers, just one game worse than their MLB-best Opening Day — game No. 1 — record. They’re 15-7 when the home opener falls on a Monday, the best winning percentage of the three days that have featured more than three games (Tuesday and Friday are the others). The win moved them above .500 on non-Opening Day home openers at 14-13. The Phillies are a welcome opponent, having lost eight of the nine times they’ve been the visitors for the home opener (the one win came in 2008).

And though the sample size is much smaller — seven games at Citi Field compared to 45 at Shea Stadium — I found it interesting to see that while the average runs per game the Mets have given up in the home opener is virtually the same (3.4 runs at Citi vs. 3.3 at Shea), the home team has scored a run more per game in the new ballpark (a 5.0 average in seven games vs. 4.0 in 45 at the old place). Average attendance is also higher at the smaller, newer venue than the larger, older one (41,833 per game vs. 38,840).

I know that Opening Day or the home opener is just one game out of 162, and a win that day doesn’t count any more than a win on the last day of the season. But as a fan, it’s just so enjoyable to see Jacob deGrom work through control issues, to see Juan Lagares (who seems to never see a pitch he doesn’t want to swing at) beat out an infield hit to drive in the first run, and to see Travis d’Arnaud shake off two earlier outs with runners in scoring position and deliver an eighth-inning sacrifice fly to tack on a second run. Opening Day is a time for optimism. Let’s enjoy it in and of itself and worry about the rest of the season the next day — especially when you’ve got your ace scheduled to pitch. 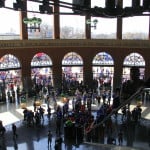 Fans stream into Opening Day through the rotunda. 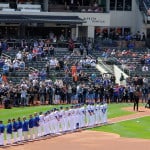 At the receiving line. 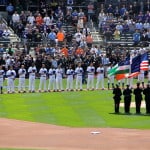 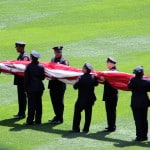 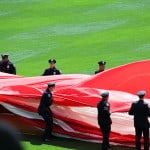 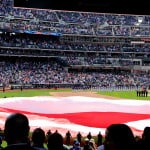 Red waves across the outfield. 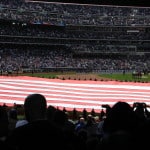 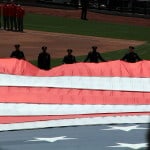 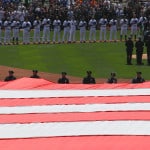 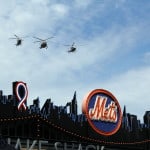 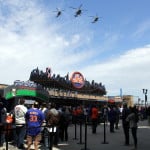 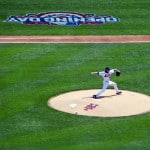 Jacob deGrom gets the season in Queens underway. 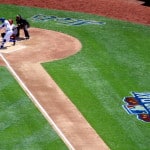 The Captain takes his cuts. 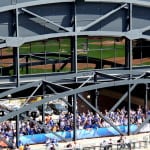 Watching from Shea Bridge — and above it. 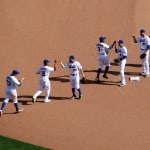 This sight never gets old. 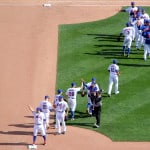 The Captain salutes The 7 Line.