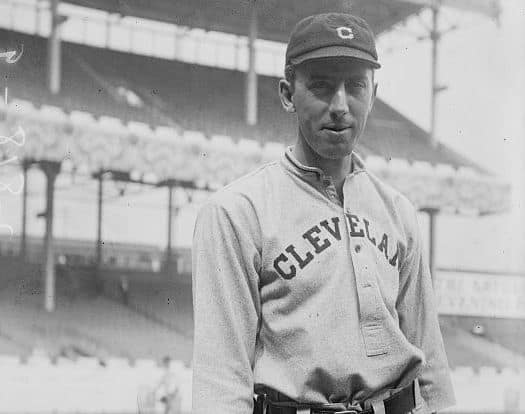 On April 10, 1915, the Newark Peppers played their first game at Baltimore’s Terrapin Park. Some 17,000-20,000 fans turned out. “Terrapin Park, the home of the local organization, was packed from one corner to the other, until the crowd overflowed onto the field,” Emanuel Daniel reported in Sporting Life. His dispatch went on to compare the lower but still healthy attendance to the “25,000 to 30,000” who witnessed the previous season’s opener.

The writer may be criticised for talking at length upon the attendance without saying anything about the game, but the fact remains, from a local standpoint, the opening tilt was surely not “a thing of beauty and a joy forever.” It was a poor game from any standpoint, but when the home team loses a poor set-to, it becomes doubly bad. Such was the case here, on Saturday, when Bill Phillips led his Newark Peppers into town and scampered away with the opener to the tune of 7 to 5. It was one of those contests without a brilliant or redeeming feature. Neither Quinn nor Falkenberg pitched good ball, but the local man was a bit worse than the visitor.1

Newark starter Cy Falkenberg went the distance, striking out four but allowing five runs on 10 hits. Still, it was better than the Terrapins’ Jack Quinn, who was hit for 10 hits and six runs, striking out five. Each pitcher walked two. “Falkenberg was hit quite freely, but managed to tighten up in the dangerous places,” Sporting Life reported in a brief write-up over the box score.2

Baltimore jumped out to a 2-0 lead in the first, but Newark scored three in the second and never looked back, adding one in the third and two in the sixth. The Terrapins plated three in the seventh to pull within one, but the Peps added one in the ninth off Frank Smith — he of the wonderful nickname “Piano Mover” — for the 7-5 final.

Left fielder Al Scheer went 3-for-3 with two doubles and two runs scored. Second baseman Frank LaPorte notched three hits (two of them doubles) in five at-bats and scored once, and center fielder Edd Rousch doubled twice in five trips, scored once and stole a base. Third baseman Bill McKechnie, first baseman Germany Schaefer and shortstop Jimmy Esmond each had one hit and a run scored.