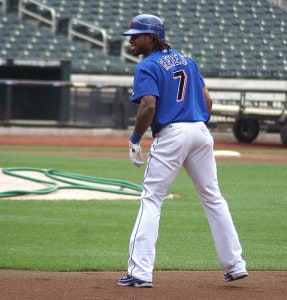 I haven’t felt an urge to write here in a few weeks because football — specifically, college; more specifically, Notre Dame — has begun and I find myself somewhat playing out the string when it comes to baseball. I’m still invested in it, seeing if the Rays can outlast the Yankees for the AL East (though what incentive does either team have to win the division?), if the Padres can hold on in the NL West, if the Rockies can make it another magical September and if the Braves really are the lesser of two very different but equally annoying and sickening evils in the NL East.

But with the Mets’ season now a matter of whether they can get to 82 wins (not quite qualifying as “games that matter in September”), the discussion here in the blogosphere has naturally turned to next year. (And annoying, only-a-story-because-it’s-New-York, off-the-field stuff like where the players go when they’re in Washington.) We all know Jerry Manuel won’t get a new contract when this one runs out, but I don’t see him getting fired before the end of the season unless the Mets want to bring in Wally Backman for a seven-game tryout on the final homestand. (I just think it’s unlikely they’ll want to pay Manuel not to manage, even for a week.)

We don’t know when Johan will pitch again, so I’m just going to try not to think about that. And it seems a given that Luis Castillo won’t be on the team, one way or another, in 2011, if for no other reason than his contract is the easiest to eat out of Castillo, Oliver Perez and Carlos Beltran. (Personally, I would be fine with having Beltran next year, because I think of the three, he’s the only one who can come close to a return on his salary, but without Johan, there’s little point, so might as well see who’ll give up what for him.)

There’s one thing, though, that I keep reading here and there that really turns me off and makes me consider unsubscribing from all the Mets blogs I read and people I follow on Twitter — trading Jose Reyes (and, though much less speculated, David Wright). I understand there’s a difference between “listening to offers for a guy” and actively shopping him or considering a trade, but that’s not what I’m talking about here. I’m talking about the posts that say Reyes has to go, that he’s part of the problem and won’t be part of the nucleus of a Mets playoff team during this decade. His enthusiasm and love for the game aside (how can you not smile when he gets up from a slide into third on a triple and claps his hands violently?), there aren’t that many comparable leadoff hitters or shortstops who could replace him, let alone one player who could do both. The Mets are lucky in that they do have another leadoff option in Angel Pagan, but the lineup could be that much deeper if both are on the team. In fact, as of this writing, they have eerily similar stats, despite the fact that Reyes has played in 18 fewer games. With their problems on offense, the Mets can’t afford to look for a good-field, no-hit shortstop — especially if Ruben Tejada might be next year’s second baseman.

Trading Reyes is the kind of move that would make me reconsider my allegiance to this team. (Trading Wright might just make me give up on the spot.) I love baseball and enjoy Citi Field too much to stop going, but on some days, the inaction by the front office or the refusal to acknowledge reality has me smirking at the crowds I see on TV. Yet, every February, just when winter’s wrath starts to get old and even Florida seems inviting, I begin to think about Opening Day and can’t bring myself to snap the string of attending the Mets’ first game of the season in Queens. And so long as Nos. 7 and 5 are out there on the left side of the infield, I’ll keep enjoying that day.

« Ryan Howard looks back
On a personal note … »