If I decide to follow up on last season’s “Faces on the Mound” mosaic, the first image will be that of Paul Byrd, whose Pitcher Face may indeed top all of those I used last August. 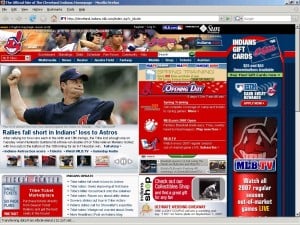 I mean, how hilarious is that?! It looks like he’s making a face to entertain his kids. Or imitating Dizzy Gillespie.

So I know it’s been a while. I intend to produce more this week. After all, the season’s just on the other side of the weekend.

« There used to be a ballpark: Hinchliffe Stadium
Black and blue and red all over »