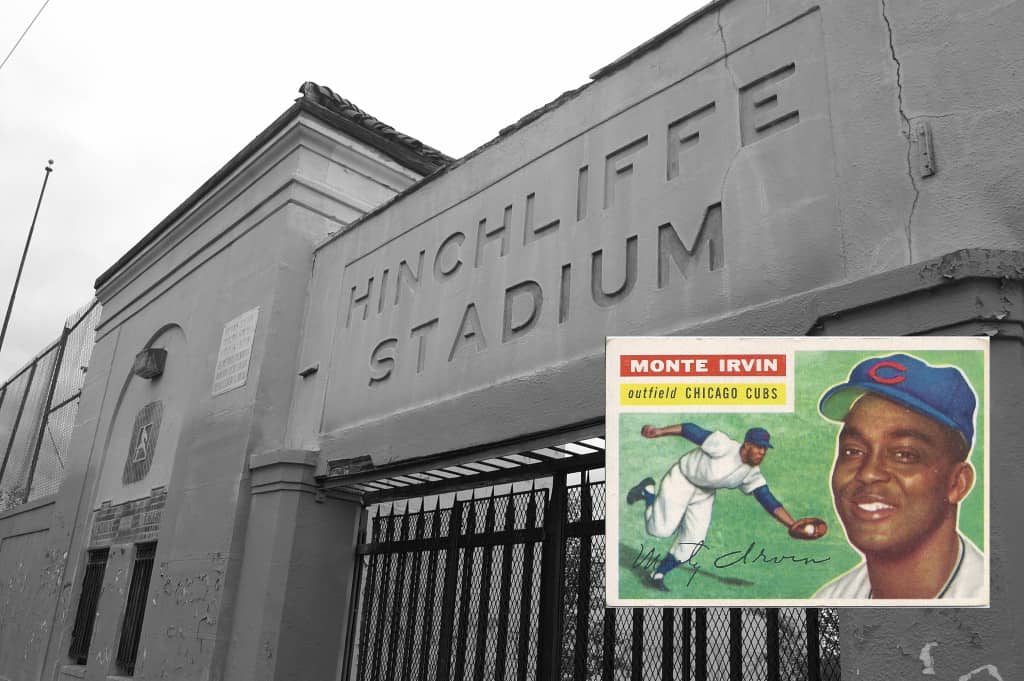 I wish I’d gotten to meet Monte Irvin. Since I moved to Passaic County, I’ve become fascinated with Hinchliffe Stadium, just up the road in Paterson. I had no idea, until nine years ago, that the Negro leagues had a presence in northern New Jersey outside of Newark. I knew about Atlantic City, and some of the other famous teams, but I had no idea there had been such big games played in two New Jersey cities.

Irvin followed a similar path to that of another Negro leagues legend and MLB pioneer: Larry Doby. Like the South Carolina-born Doby, Irvin was born in the South (Haleburg, Ala.) and graduated from high school in New Jersey (Paterson Eastside for Doby, East Orange for Irvin). Both played for the Newark Eagles and stepped into the batters box at Hinchliffe on their way to the big leagues.

It’s fitting that the second photo in The New York Times’ obituary shows Irvin stealing home as Yankees catcher Yogi Berra awaits the throw. Both had deep New Jersey roots (including playing minor league ball here; Berra in Newark and Irvin in Jersey City) — and both sacrificed part of their prime to serve in World War II.

And both are now gone, leaving admirable legacies.

« Overdue thoughts on Yogi Berra
Have you ever wondered how London covered the 1969 Mets? »