The Angels announced on Friday that they’ll feature “Flashback Fridays” as part of their 50th anniversary this season. To kick it off, they’ll wear reproductions of their 1989-92 uniform (with the 50th anniversary patch added) on April 8, April 22 and May 6. 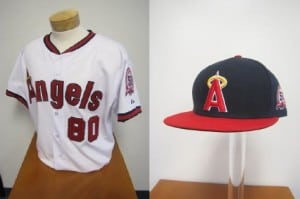 The press release trumpets it as the “late 1980s” design, and while the lettering and cap design remained pretty much the same from 1972-92, the button-down version only came around in ’89, but it’s not a big deal. My first reaction was to wonder why they chose that particular jersey, but after reading through the release, which only mentions those three dates out of 13 Friday home games, it seems that the other 10 games will feature different designs. I don’t know why they didn’t mention that in the initial release, though. I’m also curious as to whether they’ll go in reverse chronological order, or just unveil them randomly.

It’s possible they’re simply starting with the uniform they wore for nearly half of their existence (buttons aside), the one we picture on the likes of Nolan Ryan, Reggie Jackson and Wally Joyner. If it’s reverse chronological, then it means they’ll be skipping the 1997-2000 design we all remember Mo Vaughn wearing and the mid-’90s Tim Salmon design. As ugly as it was, it would be amusing to see those blue-sleeved faux vests resurrected. 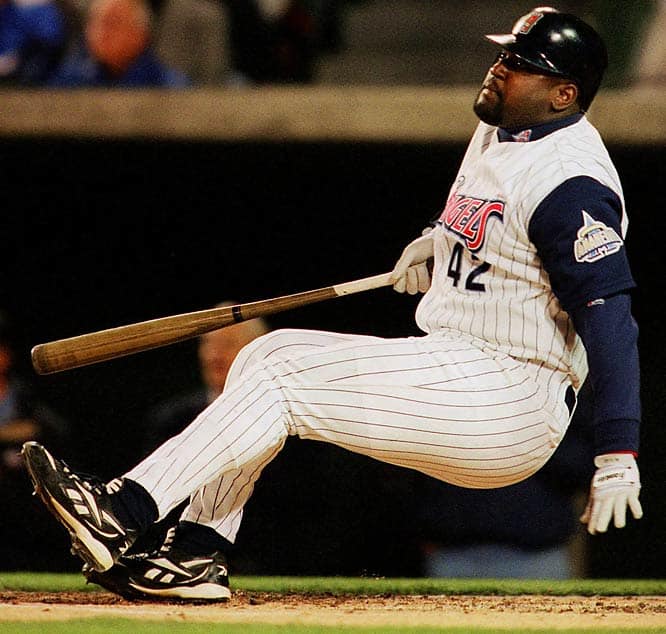 They’ll almost certainly include their initial 1961 design, perhaps for the final Flashback Fridays of the season. That one isn’t too far off from what they currently wear (since the road jerseys won’t come into play), with the awesome exception of the cap and its white halo. That’s a replica I wouldn’t mind having. 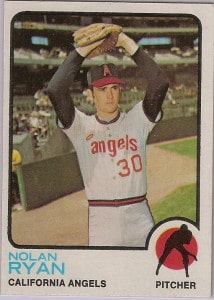 But I’m hoping they bring back the e.e. cummings lowercase design from the early ’70s. Unfortunately, in a surprising happenstance in a division with only three other opponents, the Angels won’t host the Rangers on a Friday night, which would’ve given them a perfect opportunity to have Ryan throw out the first pitch.
But would he wear the throwback jersey from his Angels days? Is it taboo for a team owner to wear an opponent’s jersey, even if he once played for that team, if it’s not the result of a lost bet? Twice in 2009, Ryan donned the Mets’ blue and orange, once for a Sports Illustrated photo shoot and again for a reunion at Citi Field of the 1969 championship team. He was the Rangers’ president at that time, but not yet a part owner of the team. And the Rangers weren’t there for the game at Citi Field. I don’t know why I just spent a paragraph on that, since it’s not likely to come up. The Angels might have him throw out a first pitch when the Rangers are in town, but it won’t be a Flashback Friday, so the jersey issue won’t come up. But now it has me wondering if a team owner has ever worn the jersey of another team in a non-wager situation. I doubt it.
(Incidentally, know who else has a 50th anniversary this year? The Texas Rangers, because they were the expansion Senators in 1961. But that’s not an anniversary they plan on celebrating, apparently.) 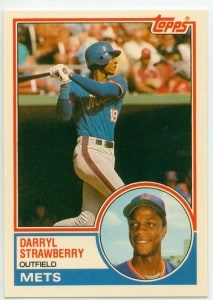 The Mets’ 50th anniversary is next season (as is the Astros’ — here’s hoping for some Colt .45s throwbacks, a wish on another shooting star, some tequila sunrise action and a return to what I’ve just decided to call Biggio blue).
Though the Mets don’t have too many variations in their uniform design over the years, I hope they’ll do something similar. Start with the 1993-94 swoosh design (if only for one night), bring back the racing stripes from ’86 for three or four home games, whip up a blue pullover to go with those ’80s striped pants, then sport the two-button pullover worn from ’78-82, and wrap it up with the simple, basic, no-black-to-be-seen and numberless front of the 1962 originals.
Or, you know, just ditch the black for the entire season. That’s an anniversary celebration right there.
« Shouldn’t the original be good enough?
Yogi’s the first »