My buddy Dave bought us two 15-packs for Citi Field this morning, meaning we’ve got two seats to the home opener on April 13. We first started buying ticket packs several years ago, when they were six-packs for games at Shea Stadium. The last few years in the old ballpark, they were increased to seven games. Now, with 12,000 fewer seats, higher ticket prices and higher payroll, 15 games is the minimum. No surprise there.

But we willingly bit to ensure two passes to the first game at the gleaming new venue. We even splurged a little to sit within the infield, albeit in the upper deck. I take it as a sign of how in demand these tickets are that we are three rows from the top of the ballpark despite Dave’s diligent refreshing of his browser at precisely 10 a.m., when the plans first went on sale this morning.

So here’s hoping the Padres bring some San Diego weather with them for that first game on a Monday night in April. Something in the mid-60s would be nice. Barring that, I’m looking forward to a couple of brilliantly sunny afternoons for the two weekday games included in our plan, and a few stifling summer nights in Flushing. The next task is to secure a couple more Opening Night tickets, and to figure out what games might have availability in the right field overhang. Hopefully those won’t all be sold in full-season — or 40-game — packages. 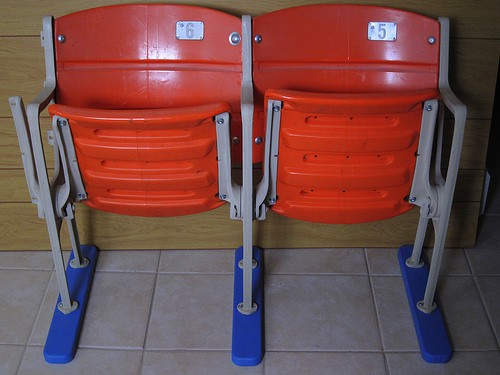 « Finding the treasures in a pack of cards
Where do they find the time? »