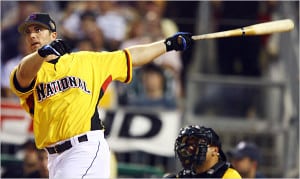 As we approach the final 24 hours of All-Star voting, here’s a look at the jerseys David Wright has earned so far. Above is 2006 in Pittsburgh, when he took Ryan Howard to the final round of the Home Run Derby.

Now 2008 at Yankee Stadium, when he was — horrors! — an injury replacement: 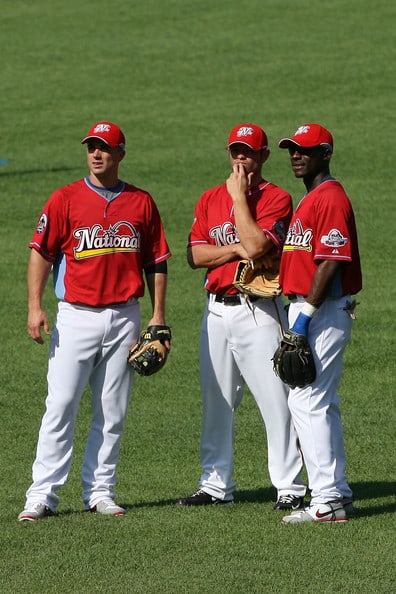 On Sunday, fans should have the option to customize this one with Wright’s name and number.
VOTE WRIGHT!
« Vote Wright! Keep the streak alive!
Wouldn’t you want this kind of teammate at the All-Star Game? »