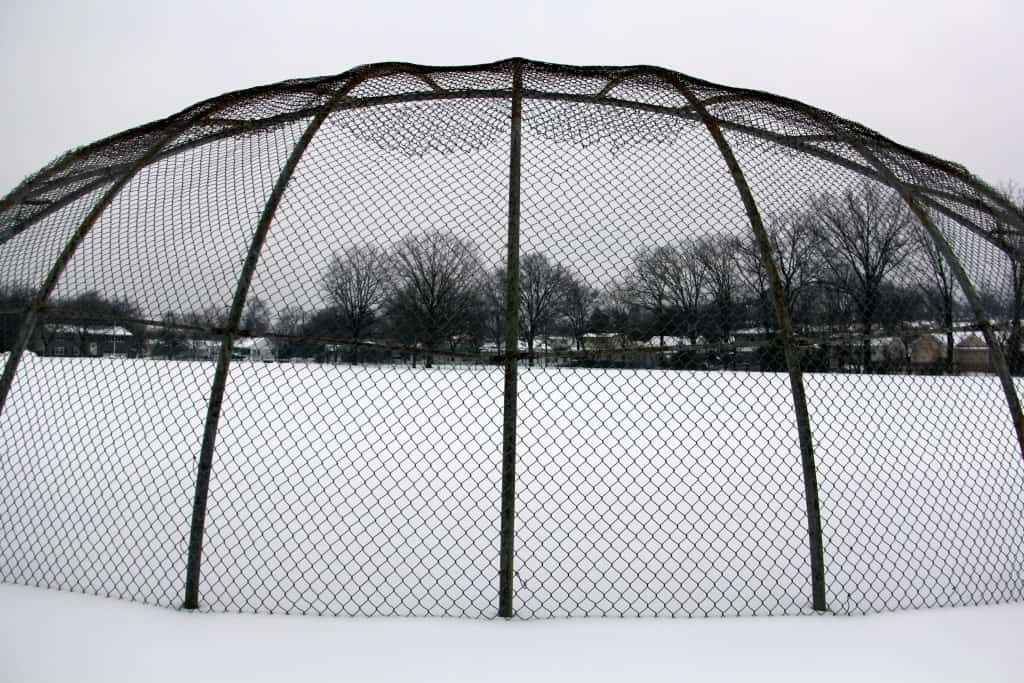 There’s a field under there. (Author’s photo)

So many of us are still under various depths of snow, but that initial sign of spring — to many, anyway — arrived today when the first training camps opened in Florida and Arizona. I’d say it’s even more welcome after what has seemed like a tough winter, but I feel like that could be said about several of the past few offseasons.

I thought today would be an appropriate day to bring back NJ Baseball, which like 22 teams since 1990, has upgraded its facilities. (That does not include Arizona, the only expansion club in that time that has called just one ballpark home.) We’ve got a new platform, a new layout, a new logo — much of that, particularly the logo, courtesy of my wife, who’s got a pretty snazzy site of her own — and a new purpose. I don’t want to get too specific and lay out expectations that I might not meet, but I see this less as a blog and more like an online magazine. My posts might be more spaced out (though not as spaced out as the last few have been — months apart — when I lost some interest), but I expect them to be longer, more detailed stories. I’m on an extended binge of the game’s history, and every research session turns up more angles and nuggets to explore. I’ll still bang out a few quick-hitters at times, but going forward, I think I see this as more of an enterprise site than a “news” site. There are plenty of opinions on current baseball events out there, and I just don’t have an urge to try to find my place in that arena.

Also, as the name suggests, I want to focus more on the history and connections baseball has to New Jersey, including the current minor league teams. This year marks a significant anniversary that I hope to revisit regularly, and you’ll see the first pitch of that endeavor soon. There will still be commentary on contemporary matters and writing about subjects that have no Garden State connection, but I do want this site’s roots to match my own. Other than four years in the Midwest for college, I’ve called no other place home.

We’ll see where this goes from here, but I’m excited. I’ve got stories I want to share, and I can only hope that a few people here and there find them as interesting as I do.