Down on the mid-Florida Atlantic coast — the Treasure Coast — sits Vero Beach, home to Dodgers Spring Training for 61 years … until this year. Now that the deadlines have been met in Goodyear, Ariz., the Dodgers will train in the Cactus League beginning next year, ending a six-decade tradition that had come to mean Spring Training. Just those words, “Dodgertown” and “Vero Beach,” meant that it was March, that the baseball season was just around the corner. 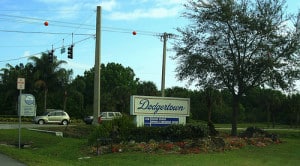 Coming off I-95, I went a few hundred yards on a local four-lane before turning left into what looked like any other old-growth Florida neighborhood or subdivision. Only when I came to the next traffic light in this area, a sign welcoming me to Dodgertown stood on the corner. I turned into the first parking area, which put me down the hill from the fence behind Holman Stadium’s left-field berm, and walked back out to the main road — such as it was — and joined the rest of the late-arriving morning stream of fans. We were late for the morning workouts, but early for the game. Holman’s gates weren’t open yet, but the Dodgers were taking batting practice on a back field and minor leaguers were enduring pitchers fielding practice on another nearby diamond.

Dodgertown was quaint, a visit back to old-school Spring Training. Walking the grounds was like exploring a resort, the streets and paths having theme names and the recognizable figures passing the everyday visitors. The path from Holman and the main complex to the back fields and minor league headquarters — Vin Scully Way — was divided by rope, giving the players a clear road between the fields and stadium, yet allowing the fans easy up-close access as they passed. I headed that way to explore the grounds, watching the minor leaguers hustle, then hearing the clip-clop of their cleats on the asphalt as they left the field. Joe Torre sat in a golf cart on one field, the fans up against the backstop to get pictures of LA’s new manager. From where we stood, we could hear the conversation clearly. 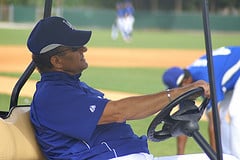 “We leave for Orlando tonight,” Torre said. “And then tomorrow we’ll fly to Phoenix before heading to China.”

Heading back down the path, I looked over a group of fans lining the fence in the left-field corner, where Jason Schmidt was signing autographs. He signed for a long time, getting to everyone, which isn’t too surprising — it’s not like he had any throwing to do this spring. Blake DeWitt also stopped on his return trip down Vin Scully Way. The fans went to get his signature too, perhaps unsure of who he was, but not wanting to take a chance to miss getting a signature from the next Dodgers Rookie of the Year or All-Star. 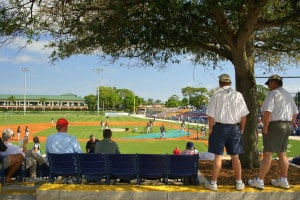 Holman Stadium’s simplicity is striking. A ’40s ballyard hosting one of the most valuable and recognizable franchises in the game. It was more than watching a big-league team on a minor league field — it was watching it on a small-college field, a JUCO diamond in a small corner of the county. The only thing that made the players look out of place was their size — giants on the diamond in some cases.

After a complete traverse of the concourse, from one foul pole to the other and back to the center, I grabbed some grub and settled into my seat — five rows off the field at about the third-base coach’s box. I was so close, I could just about see the smoke coming out of Larry Bowa’s ears as he stood there, forced to wear a batting helmet.

In my lap was the day’s giveway, a blue beach towel. I unfolded it to find that it was a Dodger Stadium towel, with a coupon attached. A man to my left noticed me looking at the coupon’s fine print.

“You can get a free soda — if you go to L.A.,” he said as I read the details of the Carl’s Jr. promotion of a free 32 oz. soda with any meal purchase.

Just before the game began, the occupants of the four seats to my right, between me and the aisle, settled in — a pair of older couples, the woman in the seat next to me with her cane. So that’s when I decided I’d stay seated for the first five frames, then ask them to move so that I could get out and spend the rest of the game perambulating around the park. They were who you’d expect to see watching the Dodgers in Florida in March — the retirees with time on their hands and savings to spend.

The main drawback to Holman was that smoking was allowed on the concourse beyond certain sections down either line, and I often found myself weaving around cancer clients taking up space. This lax rule allowed them to continue to watch the game, instead of forcing them down the steps to a more open area, near where the main merchandise tent stood and the restrooms were located. The restrooms were unusual for a ballpark, too, free-standing cinder-block-and-cement structures with the faint hint of a county park relief station (but in a good way).

I added to my collection of tiny plastic team helmets by getting soft-serve mint chocolate chip and headed toward the left-field berm. I got there and sat down at field level a few feet from the warning track, only a chain-link fence between me and left field. Shortly after I settled in, Juan Pierre, Andre Ethier and Delwyn Young arrived to run some sprints near the track before calling it a day and crossing the outfield to get back to the Dodgers’ clubhouse. The berm had emptied out a bit from earlier in the game, and so I sat alone, with no one invading my space. Those around me were quiet enough so that when Pierre, Ethier and Young ran past, I could hear their grunts. When they walked back to the foul line for another set, I could hear their conversation. In between, it was nothing but the crack of the bat, the slap of the ball in the left fielder’s mitt, and the echo of the public-address announcer calling another batter to the plate. 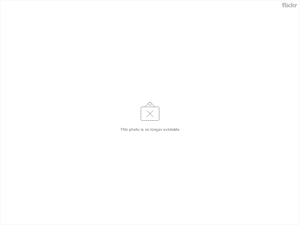