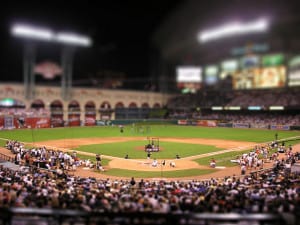 Lance Berkman may not like the plan to move the Astros to the American League, but the team’s current owner is OK with the switch. And back in 1960, the ownership group that brought Major League Baseball to Houston didn’t care which league it was placed in; they just wanted a team.

The Houston Sports Association, of which [George] Kirksey is the executive secretary, is a twenty-man group. No city is better prepared to introduce big league baseball than is Houston, Kirksey said.

“We have everything ready,” he said. “We even have a model of the stadium that will be built once the franchise is ours. We have been planning for four years to go big league. Until about ten days ago, we didn’t care whether it was the National League or the American League. But the National League moved faster and with greater sureness, and that’s the way we now are committed.”