So we’re sitting in a bar in Jersey City last week, enjoying the selection of New Jersey craft beers and gazing occasionally at one of the two TVs in the space. They’re not showing any college football, however. Instead, it’s Cary Grant in black and white.

Soon, the movie ends and the TCM logo appears in the lower right (or it had been there the whole time but just wasn’t visible when I glanced), and another colorless film begins:

Of course, baseball is my first thought, and I was right. Though we couldn’t hear the broadcast at the bar, we’d glance back at the screen to see a ballplayer in an Oakland Oaks uniform throwing two balls at once to two different players with one throw, or hitting upside-down, or catching line drives in a moving Jeep … or standing on his head in a moving Jeep, catching the ball. 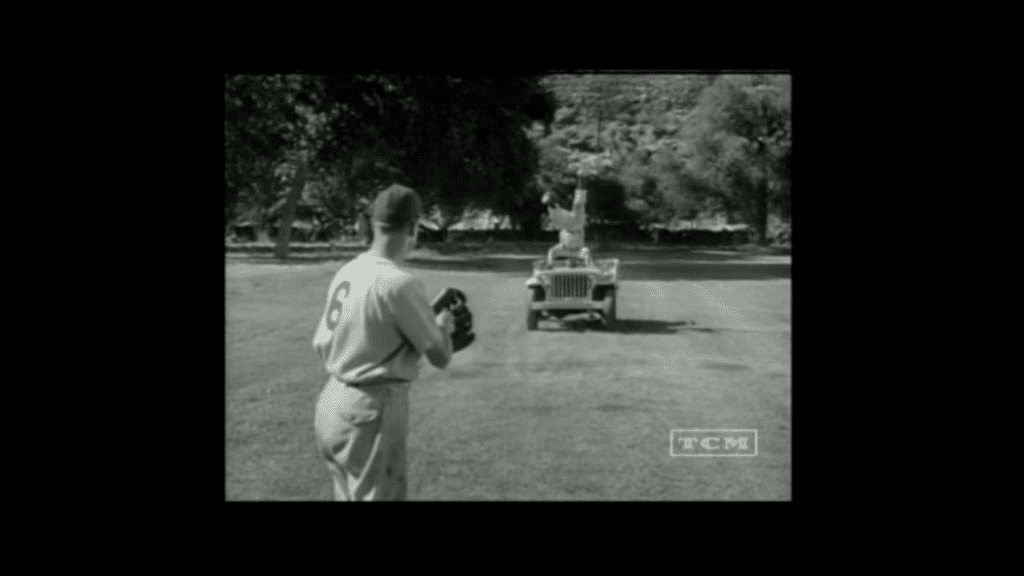 “Diamond Demon” is an eight-and-a-half-minute film showcasing the stunts of Jackie Price — also known as Johnny — a 5-foot-10, 150-pound minor league infielder who realized his path to the Major Leagues was probably not through his bat or glove, and so he developed a repertoire of tricks, particularly one where he hung from his ankles and basically took batting practice. 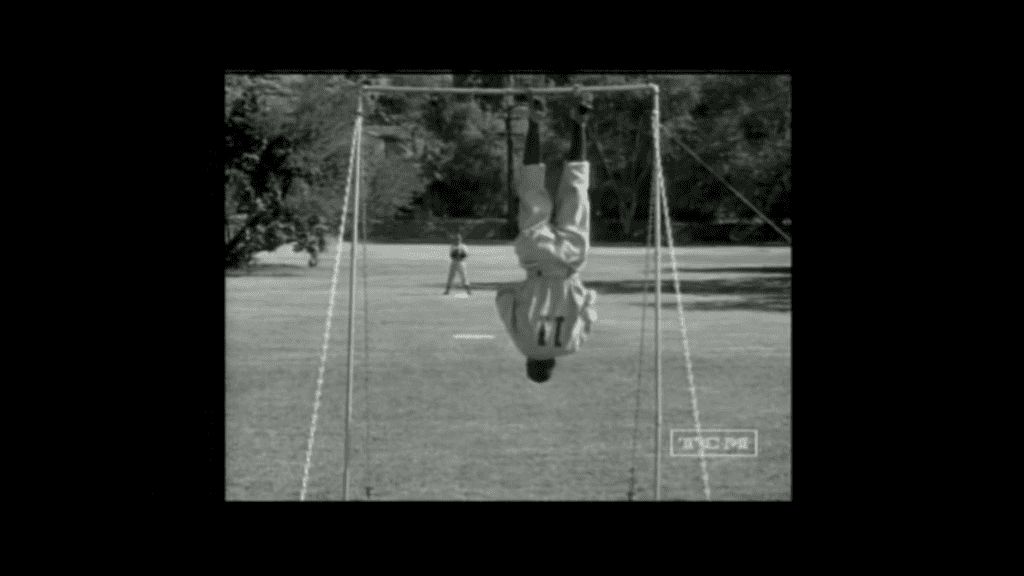 His 13-game career with the Indians in 1946 was the result of innovative owner Bill Veeck signing him as pregame entertainment. Despite the presence of future Hall of Famer and shortstop (and manager) Lou Boudreau, Price found his way into a baker’s dozen’s worth of games that year — the entirety of his Major League career.

“Diamond Demon” helped Price’s recognition, and he continued to tour the U.S. and Caribbean after his playing career ended, giving exhibitions into the late 1950s. He retired in ’59 and tended bar in San Francisco before taking his own life in 1967.

Do yourself a favor and carve out nine minutes to watch the film. It’s certainly not something you’ll see at your local ballpark any time soon.