That’s the magic number, 63.4 percent. Top that, and your chances of gaining access to a club many of us could only dream of entering are greatly improved.

Seventy is even better. Seventy is a nice, round number, and seeing that crooked 7 at the beginning of the figure must send a jolt of euphoria through someone who is hoping for that immortal benchmark: the 75 percent of the vote needed to gain election to baseball’s Hall of Fame, which Andre Dawson today learned he received. The Hawk has reached baseball’s ultimate perch. 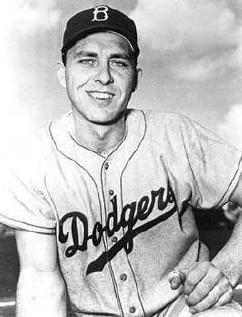 I agree that Dawson is a Hall of Famer, and he probably should’ve gotten in sooner. I remember the symmetry of Dawson hitting his 300th home run at Shea Stadium early in April 1989, after his former Expos teammate Carter had hit his 300th at Wrigley the previous August, after a nearly three-month drought following No. 299 (how great is Baseball-Reference’s HR Log?) It might’ve been nice to see the two former Expos share the same stage (and hopefully Dawson becomes the second to go in wearing an Expos cap), but the gap in their inductions means one more January week and one more summer weekend when we can remember the team that used to play in Montreal.

I can’t really get into the Bert Blyleven debate because I don’t remember much of his career. I started following baseball only during his last couple of seasons, so all I have to go on are the stats — and I’m not sure the stats hold up to Hall of Fame standards. Roberto Alomar, however, I do remember, and I think he’s easily a Hall of Famer — and should’ve been in on his first ballot. He was a Gold Glove second baseman who could switch-hit. Early in his career, he had 40-50-stolen-base speed. Later, when his legs lost a little juice, he became a 20-homer, 30-steal keystone. Penalizing him for the spitting incident is petty when you consider some of the transgressions by athletes that we overlook. And if John Hirschbeck, the umpire who was spit upon, can forgive him, what grudge do the rest of us have to hold? It’s not as if Alomar harmed anyone peripherally.

Both Blyleven (74.2 percent this year, just five votes short of election) and Alomar (73.7) should be in next year, if the 70-percent trend holds. And both might’ve made it this year if not for the five blank ballots (particularly in Blyleven’s case) or those voters who, on principle, don’t vote for players on their first ballot. (If Rickey Henderson can’t get 100 percent of the vote, no one ever will — unless Ken Griffey Jr. somehow manages to capture Osama bin Laden between now and his first ballot, transports him to the U.S. and forces him to stand in the batter’s box without a helmet and face Justin Verlander throwing inside heat.) Not voting for a player on the first ballot on principle is ridiculous. That’s what the five-year waiting period is for, so that a player’s career can be evaluated and put in perspective with those he played with and against. 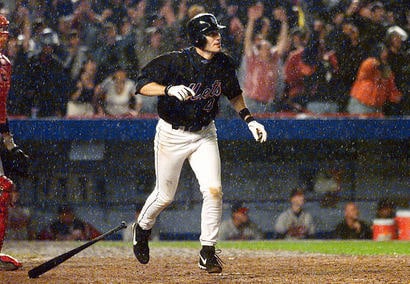 The blank ballots actually bother me more than the token votes thrown at players like Robin Ventura, Ellis Burks, Eric Karros, etc. (Seriously, if you turn in a blank ballot — or at least if you are a serial blank balloteer — you should have your voting privileges revoked.) Writers are human and, despite what they claim or write, enjoy the drama and excitement of the games. If a player was a good, reliable source of quotations during his career or provided some truly memorable moments, why not honor him with a vote in what you’re certain will be his only year of eligibility? I was a big fan of Robin Ventura when he was with the White Sox, I loved it when he came to the Mets, and in my mind, his “grand-slam single” — in extra innings, in the rain, in the NLCS, in New York, against the dynastic Braves — is worth one vote from one writer out of 539. One MLB.com writer and six others agreed. I don’t know what the instructions on the ballot say, how they phrase what each writer’s responsibility is with his or her vote, but with up to 10 slots to fill, a tip of the cap to a personal favorite doesn’t bother me. Were there only three or five slots per ballot, it’d be a different story.

We’ll have plenty to discuss in the coming years of Hall of Fame balloting, what with Rafael Palmeiro, Barry Bonds, Rogers Clemens and Sammy Sosa allowing us to really delve into how to treat the Steroid Era. I think as the years go by and I get older, I’ll have more passionate opinions on Hall of Fame arguments, because with all the changes in the game, plus the steroids, comparing players to their eras will be more important than comparing them to other Hall of Famers. While I understand the thought, I don’t get why it should matter who is joining the ballot in future years. It’s not like Barry Bonds’ arrival will take a spot away from where Jack Morris’ name could go.

But Jay Mariotti had better not be giving Sammy Sosa a vote on the first ballot if he couldn’t be bothered to find a Hall of Famer out of this year’s group.

« Randy Johnson retires
Just a little this ‘n that »