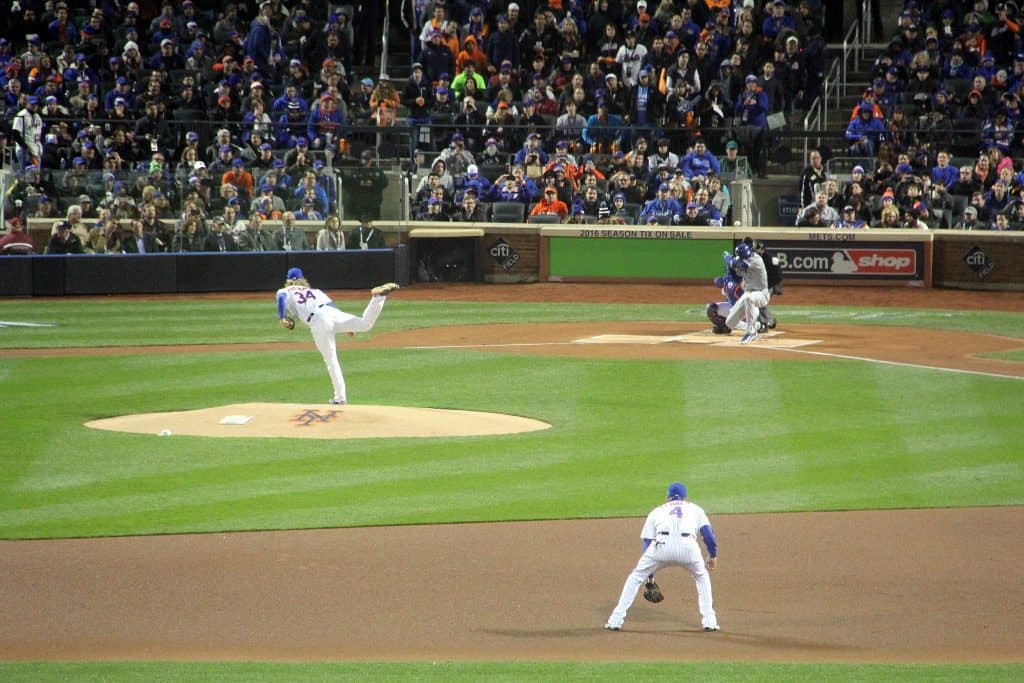 Noah Syndergaard brushes back Alcides Escobar with the first pitch of Game 3 of the 2015 World Series.

To no one’s surprise, Noah Syndergaard will be the Mets’ Opening Day starter this year. What I find more significant is that he’s the seventh different pitcher to start the first game in the last seven seasons, a record for the franchise. The previous record of six was set from 1980-85 and the pitchers, starting in ’80, were Craig Swan, Pat Zachry, Randy Jones, Tom Seaver, Mike Torrez and Dwight Gooden. Other than those two stretches, the Mets have gone no longer than four years without a repeat starter.

Seaver, not surprisingly, holds the record for consecutive Mets openers with 10, from 1968-77, because The Franchise of course holds the Major League record with 16 career Opening Day starts.

When Syndergaard goes into his windup on April 3, hopefully to his right will be David Wright, who set a Mets record last year with his 12th straight Opening Day start, all at third base.