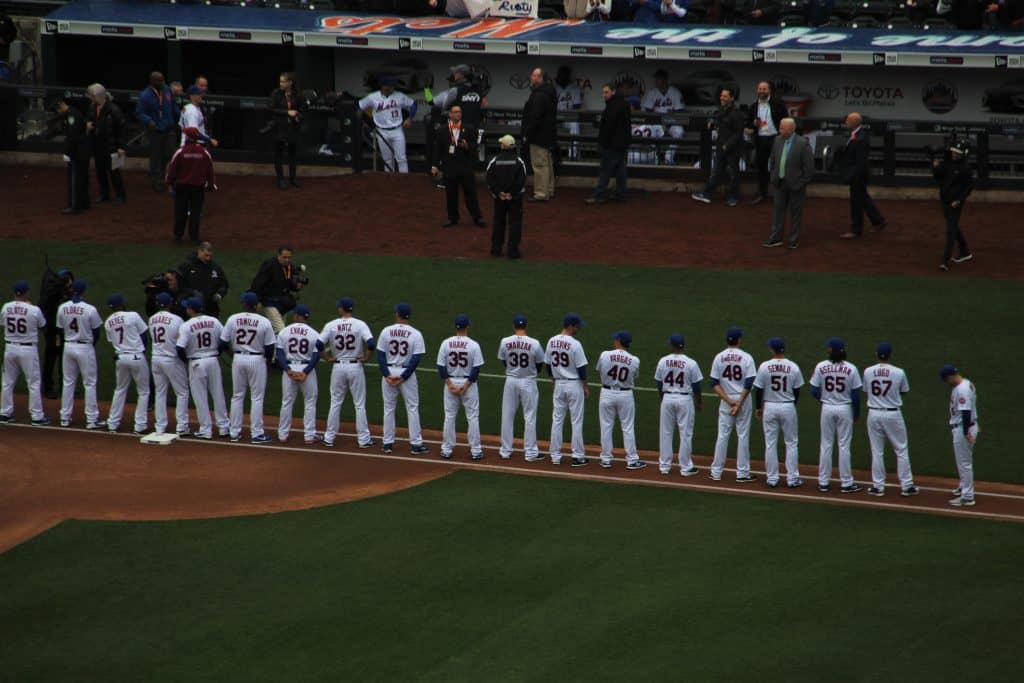 We all know the success the Mets have had on Opening Day since losing eight of their first nine.

But having attended every home opener from 2000-19 (2021 gets an asterisk because of limited tickets) and 21 overall (the Mets are 15-6 when I’ve been there), I wondered how they’ve done in their first home game over the years. So I crunched the numbers …

One of the more interesting openers to me was in 1997, when the Mets (and Yankees) opened with doubleheaders because of rain in New York (amazing that both the Mets and Yankees were scheduled to open at home on the same day, too). This twin bill was news to me because, as a junior in college in Indiana in the spring of ’97, I guess I didn’t follow the day-to-day ins and outs of the season as closely as I do now.

Then there are the opponents. The Expos/Nationals have been the most frequent denizens of the opposite dugout, standing on the third-base line 11 times. In all, 12 different teams have appeared:

The only clubs who haven’t been here for the home opener are the Diamondbacks, Brewers and Reds, none of which is all that surprising: Arizona has only been around since ’98, the Brewers only in the National League since then, and the Reds always open the season in Cincinnati, so they’ve never been an option in the 30 years when the Mets have been home on baseball’s Opening Day.

Seven of the home openers have gone to extra innings (three wins, four losses), and in home openers that weren’t on the season’s Opening Day, the Mets are 16-13 — leaving them at 23-8 on Opening Day itself in New York.

And for individual achievements, the Mets’ winningest pitcher in home openers is the man who holds the Major League record for most Opening Day starts: Tom Seaver, who was 6-0 at Shea with the April bunting. Following him are Jerry Koosman (3-0) and Dwight Gooden (3-2). Al Leiter (2-0) had been the only other pitcher — Met or opponent — with more than a single victory until Jacob deGrom won in 2015 and ’16.

Three visiting pitchers have lost more than one opener (Gooden is the only Met to have done so). Steve Rogers lost with the Expos in 1976 and ’78 and Livan Hernandez dropped decisions with the Marlins in ’99 and the Nationals in ’06. The losingest pitcher? That would be Hall of Famer Steve Carlton, all with the Phillies: ’72, ’75, ’82 and ’83. Seaver got the wins in ’72 and ’75 and was the starter in ’83, but the win went to Doug Sisk after Seaver was pulled and the Mets scored twice in the seventh in a 2-0 victory.