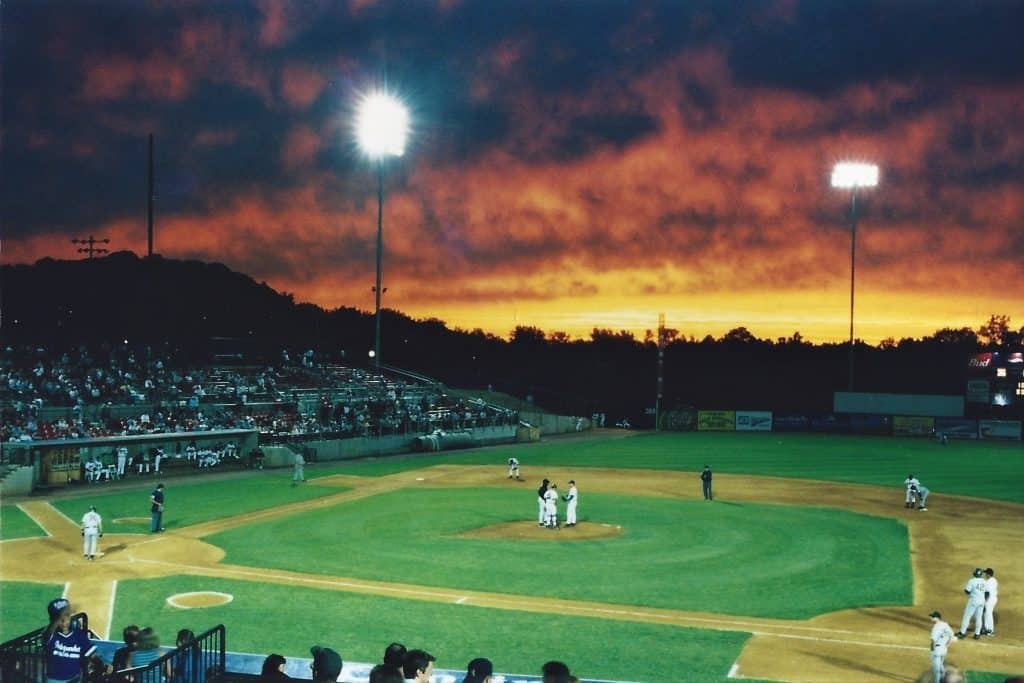 The beautiful thing about baseball is that from April through September there’s always a game.

While the major league All-Stars slugged it out in the Home Run Derby in Boston on Monday, my father, my friend Dave and I traveled to Yogi Berra Stadium on the campus of Montclair State University to watch the independent New Jersey Jackals host the Massachusetts Mad Dogs in a Northern League contest.

Last season, the Jackals won the Northeast League, which then took its eight teams and merged with the powerful Northern League – made up of teams from Wisconsin, Illinois and the Dakotas. The Northern League Central (the original Northern League) includes the St. Paul Saints, which has featured Rey Ordonez, Darryl Strawberry, J.D. Drew and currently Matt Nokes on the roster.

The Northern League East, in which the Jackals had the best record at 23-19 heading into Friday, keeps to itself in Pennsylvania, New York, Massachusetts, Connecticut, New Jersey and Quebec. The two sides will not meet until the third and final round of the playoffs when the Central and East champions compete in a best-of-5 series for the Northern League championship.

But if the Jackals play like they did in Monday’s 18-7 loss to the Mad Dogs, they won’t be making any trips to the Midwest come September. 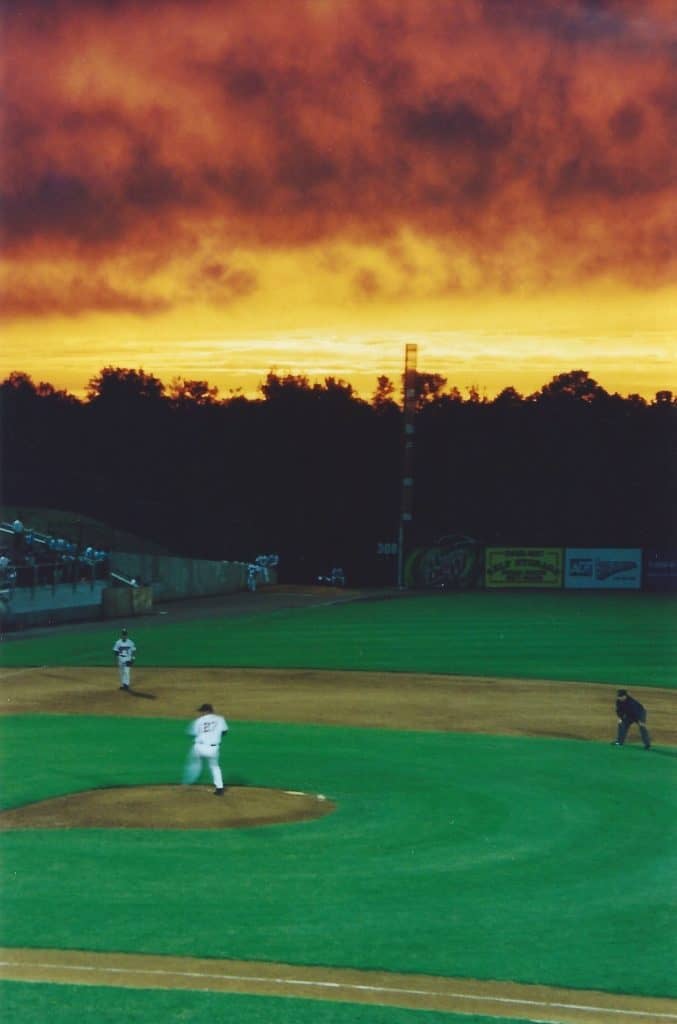 First pitch for Jackals’ home games is 7:10, so plan some extra time for traffic. It took us 70 minutes to get to Yogi Berra Stadium. Unfortunately, it did not leave enough time to visit the Yogi Berra Museum, which sits above the field on the first-base side with Yogi and Yankees memorabilia – including the Yankees World Series trophy on loan.

It was at the museum where Berra reconciled with Yankees owner George Steinbrenner, and the team is honoring Yogi with Yogi Berra Day today at the Stadium.

The field is built into a hill, which gave me the sensation of looking down on the players in a different sense from the one you get climbing into the bleachers at other parks. It’s more of a feeling of actually watching from a hill than a man-made rise of cement and steel.

Our $8 box seats were on the third-base side, just off home plate, in the higher section of boxes. All the lower boxes are reserved for season-ticket holders. Reserved-seat bleachers are down the lines beyond the boxes, and out in the right-field foul area is a picnic area and grass hill. Four dollars gets you in there, where you can bring your own chairs or blankets. Also bring a glove and be ready to run. Most of the foul balls were run down by kids out on the lawn. Parking is free.

It was not a good day for New Jersey starting pitcher Pete Terrana, who gave up six runs on two hits and five walks in just 2 1/3 innings. All but one Massachusetts starter scored, and only two did not drive in at least one run. Left fielder Tony Mitchell homered twice and scored four runs. Speedy and exciting right fielder Juan Polanco drove in six runs with two triples to right-center field and a towering home run into the left-field darkness.

The Jackals roster includes two familiar names from the major leagues. Mark Lemke, a former second baseman for the Boston Red Sox and Atlanta Braves, is in his rookie season as a knuckleball pitcher. He came off the disabled list Wednesday, so I missed him on the mound.

Batting third is designated hitter “P.J.” Rose, which is a weak disguise for a player who lists his residence as Cincinnati and highest level of experience as “MLB.” The game program confirmed my suspicions: It’s Pete Rose Jr., the Hit King’s son who made a token appearance with the Reds last year after bouncing around in the minor leagues for most of the 90s.

P.J. doubled in two runs in the third, and he looked like Charlie No Hustle coasting into second while the right fielder misplayed the ball in the corner. After reading the games notes, though, I gave him and his sore hamstring the benefit of the doubt.

Dad gave the $2.50 hot dogs an OK – they were hot, but rather small. Dave was disappointed with his Jackals souvenir cup – for $4, he did get a lot of soda, but it came in an uninspiring clear, plastic beaker. It looked like something we used for chemistry labs at Red Bank Regional.

Yogi Berra Stadium had something I’ve not yet seen at minor league parks: the “combo meal.” Chicken, hot dogs and burgers (though no cheese) are all available with fries and a small soda for about $5.50.

The beer selection was again your basic ballpark fare (Bud, Bud Lite, Miller Lite, Michelob) with the pleasant addition of Molson Canadian. And for $6, you can get it in a plastic half-yard “glass” with the Jackals logo, a wonderful way to enjoy minor league ball as long as someone else is driving.

It turned out to be a comfortable night to enjoy a game, with the overcast sky keeping temperatures cool all night. There was some rain during the last inning, but by that time there were so few people left the public-address announcer could have leaned out of the press box and shouted the batters’ names.

Maybe some of Mark McGwire’s moon shots up in Boston brought the rain down.

« A new year, a new blog
Skylands Park made for fans »