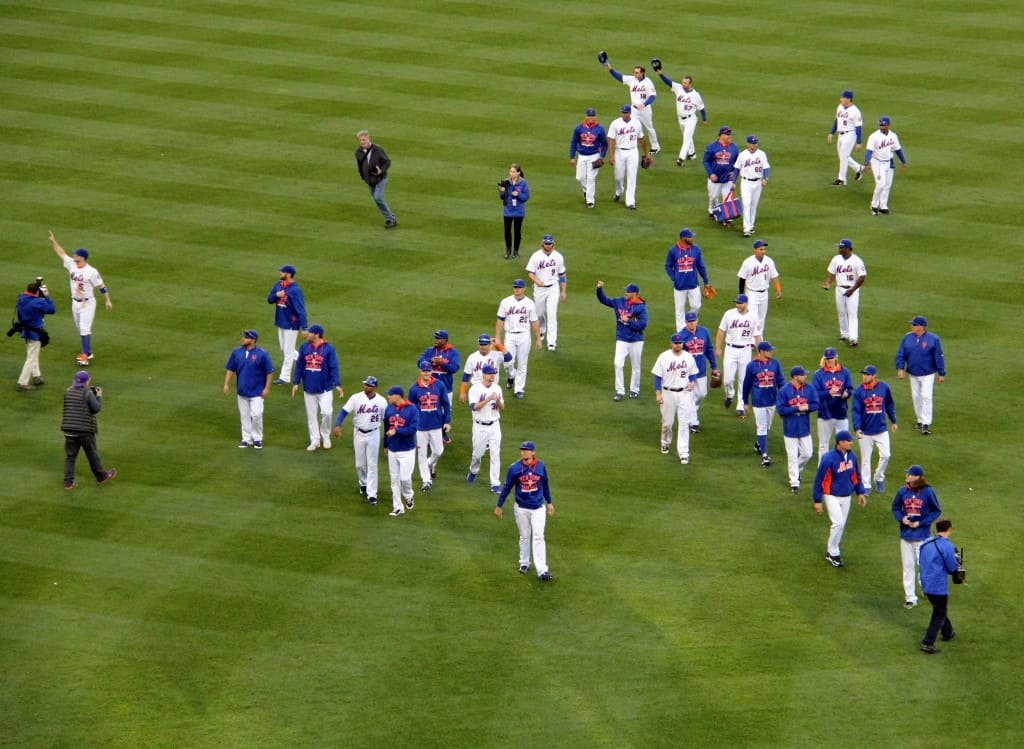 For several years now, in addition to Opening Day, I’ve gone to the final Mets home game of the season. A few times alone, often with Mom, Casey or others along (like this time). After each game, the players have come out and saluted the fans along the first- and third-base sides. In 2013, when we sat in center field with The 7 Line Army, manager Terry Collins made a point to jog out to wave to us. Last year doesn’t stand out in my mind, but I feel like this year, when the whole team took a tour of the outfield to wave to every section, it was the first time.

First, it was Collins again. Then today’s starter, Jacob deGrom, strolled out along with catcher Travis d’Arnaud. Then the rest of the team followed. Shortly after the group turned from center field and headed our way along the left-field line, Yoenis Cespedes — who had been removed from the game early and was in the clubhouse — jogged out in shorts, a workout shirt and batting practice cap to join in the tour. That’s a solid gesture on his part, when he easily could’ve stayed behind, out of site.

And unlike the past eight seasons, when the final home game either ended with a crushing loss to eliminate the Mets from postseason contention or a meaningless win (except for R.A. Dickey‘s 20th in 2012) at the end of another disappointing season, this year, the final regular-season home game will not be the final game at the ballpark.

« Hudson vs. Zito, back in Oakland
October at Citi Field »