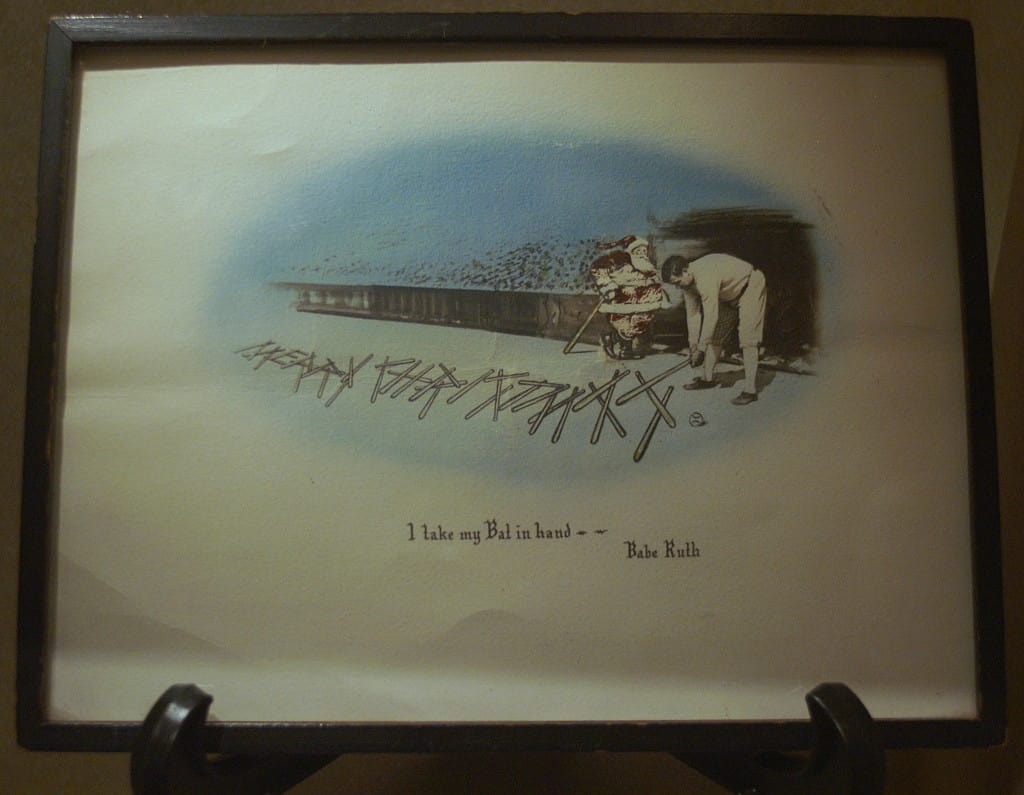 On one of my trips to the Hall of Fame, I took the photo above of a Babe Ruth Christmas card. I was enamored with it; I found it personal and whimsical. You often see the Babe described as a big kid, and I think this captures it wonderfully.

In looking for a better image of that card — I figured if it was in the Hall, there had to be other examples of it out there in the digital world — and not only did I find it, I came across quite a few others. I don’t know if Babe Ruth had more of a love of Christmas and a better eye for Christmas cards than other ballplayers or it’s just that more of his are still around in collections and the auction circuit, but it’s a treat to look through them. 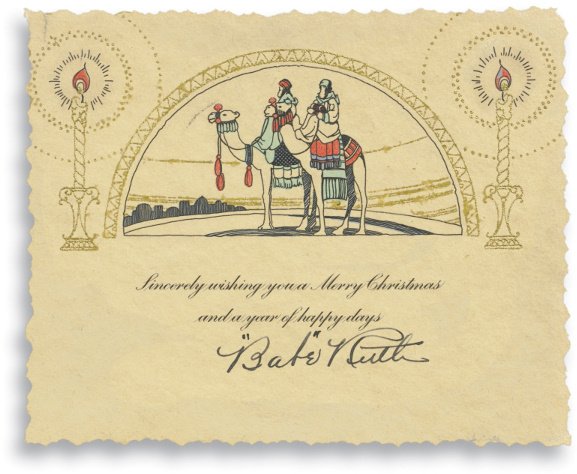