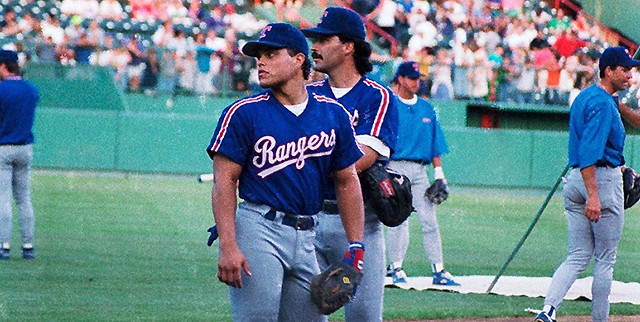 The 2017 Hall of Fame ballot is out, featuring three players who, during the peak of their careers, we all probably expected would be easy picks for election: Vladimir Guerrero, Manny Ramirez and Ivan Rodriguez. But the whole steroids era and various voters’ biases have turned what once seemed like certain honorees into players on the bubble — or in danger of short stays on the ballot.

In some ways, I don’t know that I would want to be a Hall of Fame voter these days, because there’s a lot to process each year when the ballots are mailed. Over the years as these controversial players have come up for consideration, I’ve decided that there’s no way to know for sure who was and wasn’t supplementing their abilities — or playing against others who were doing so. And I think I’ve now come down on the side of weighing a player against his era and not take into consideration whether or not he may have sought an advantage. So yeah — I’d vote for Barry Bonds.

Rather than offering a ballot that no one cares about, I’ll just take a stab at predicting who the Baseball Writers’ Association of America will elect when the votes are counted and revealed in January …

Jeff Bagwell. Probably should be in already, and after being named on 71.6 percent of ballots last year, should cruise in this year.

I think Trevor Hoffman is close. If he doesn’t get in next year (a distinct possibility), he’ll be above 70 percent and get the call in 2018.

And the new guys? I think Guerrero will get in (and should), but not in his first year. I suspect there will be enough doubt about his HOF-worthiness to keep him out this time. I originally had Pudge in there as the best all-around catcher of his generation (even though Mike Piazza‘s defense was not as bad as it was made out to be), but then I was reminded of his association with those PED-heavy Rangers teams and I think that will cause enough voters to keep him off their ballots this year. I can see Rodriguez taking the Piazza route — gradually increasing support and election in a few years. Ramirez, however, will probably never get in because of his multiple PED suspensions and might not crack 50 percent this year.