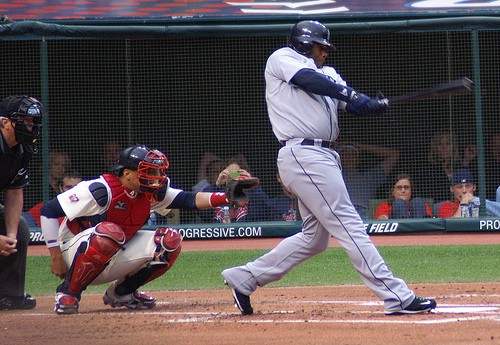 Ken Griffey Jr. may have been our generation’s Mickey Mantle, the player who was admired and beloved beyond his home stadium, the kid who managed to do things on a baseball field that few other players of his time could do.

I have vivid memories of Griffey’s career from start to finish, which came yesterday when he announced his retirement. His decision came 23 years to the day after he was drafted first overall by the Mariners and 75 years to the day that Babe Ruth ended his career. Griffey’s will undoubtedly lead to the same place: a plaque on a wall in Cooperstown six years and one month from now.

My first Griffey memory comes not from a play or a home run, but from a card. Many of us had it, the 1989 Upper Deck, No. 1. Card No. 1 in set No. 1, it turns out. Griffey didn’t just turn around a franchise in the Mariners and get a new ballpark built in Seattle, he launched a business when Upper Deck came onto the scene. (And Junior may have indirectly sunk an industry, because after Upper Deck’s emergence on the scene, the baseball card market quickly became saturated and the bubble — such as it was — burst.) So here’s the story of how I came to own my 1989 Upper Deck #1, Ken Griffey Jr.

Dad wasn’t there yet, so I sat down on a bench to wait, looking through my new purchases. I don’t remember a single thing I bought at that show, but I remember a collector stopping to chat with me as he headed inside with a briefcase of cards. I don’t remember what we talked about to break the ice, but I do know that he asked where I was from and when I said I grew up near the Jersey Shore and Sandy Hook, he knew that area. At some point, the Griffey card came up and he opened his brief case and handed me one. I looked it over closely; I had never held one — it was in a protective sleeve, but it was still the first time I’d been able to examine one so closely, on my own terms. As Darren Rovell wrote in that Slate piece (also linked above), this was a card that came to define a generation of collectors. At the time, we couldn’t see it in that light, but we still knew it was a collecting status symbol, a benchmark, a cardboard holy grail to attain.

My next lasting encounters with Griffey were on TV, watching him rob a disbelieving Jesse Barfield of a home run at Yankee Stadium and his dash home in Game 5 of the 1995 ALDS.

And then came the saga of 1999, leading up to The Kid ultimately being traded to the Reds for Mike Cameron, Brett Tomko, Antonio Perez and Minor Leaguer Jake Meyer. Sad day for the Mariners, but at least Cameron has had a productive Major League career — and he once hit four home runs in a game, one more than Griffey ever did. I hoped Junior would be dealt to the Mets, but it was not to be. So my friends and I made a point to go to Griffey’s first appearance at Shea Stadium, on April 25, 2000, and watch him go 0-for-3 with two walks and three strikeouts — twice against Al Leiter and once against Armando Benitez to end the game, a 6-5 Mets win, with Sean Casey on first base as the tying run. We sat in the left-field mezzanine, in a box at the front of the section in fair territory. As the game went on, fans in that corner increased their razzing of Rickey Henderson. By the late innings, the field was littered with hot dogs, likely thrown from one of the suites below us, because I can’t imagine anyone in the stands paying $5 for a hot dog only to throw it onto the field a dozen times over to make a statement at a player.<

I saw Griffey again at Shea on June 19, 2006. He homered off of Orlando Hernandez that night, the 548th home run of his career, No. 12 of 27 that season. He hit just 82 more, the last coming in the final game of 2009. The third and final chance I got to see him came last summer, when my wife and I planned a visit to the Rock and Roll Hall of Fame in Cleveland for a weekend when the Indians were home. The Mariners were in town and Griffey went 0-for-3 as the DH, walking once and scoring on Franklin Gutierrez‘s home run. Junior was batting .215 after that game, one point higher than he’d finish the season. At .184 through 98 at-bats this season, it was clear that the time had come.

I’m glad he decided to bow out now. The whole clubhouse nap flap was the beginning of the end, and once that controversy came to light, it really became a matter of whether he’d try to finish the season or hang ’em up before then. It was starting to become depressing to see him come to bat as a pinch-hitter and ground out or do little more than punch a soft single into the shallow outfield, then jog to the bench as a pinch-runner. As a fan, I like to see players go out on their own terms, but I don’t want to see them hanging on for one last shot at glory. They can’t all have Ted Williams endings, hitting a home run in the final at-bat, at home no less. In many ways, it’s a shame Griffey didn’t decide to retire after last season, when he homered in the final game of the season, in Seattle. Whether he announced it at the start of the homestand, the start of the series, before that final game or after, or even a week later, to know that that game was the last time he’d button up the jersey and tie on his cleats would have been a fitting finale.

Last night was nice as the highlight film rolled on MLB Network, ESPN and MLB.com and the Mariners broadcast became a 10-inning retrospective on his career. To me, the only thing that could’ve made it better was if Griffey had been there. If I were scripting it, Griffey would’ve made the announcement at a pregame press conference, then taken the lineup card out to the umpires before the game. As far as I know, there was no transaction made, so he was still on the active roster and could have been in uniform. He then could’ve spent the game the way Cal Ripken did when he stopped his consecutive-games played streak in September 1998 against the Yankees: watching from the bullpen, warming up the outfielders, shaking hands and chatting with fans between innings. Ripken did it because he’d never had a chance to do those things after playing in every game for 16 years. If Griffey had done it, it would’ve served as a reminder that he was once The Kid who took batting practice wearing his cap backward, loving the game. But at least, in the end, Junior went out when he wanted to go out, not when he kept looking for a team to sign him when none would. He may have left a little later than his ability allowed, but at least he chose when to go.