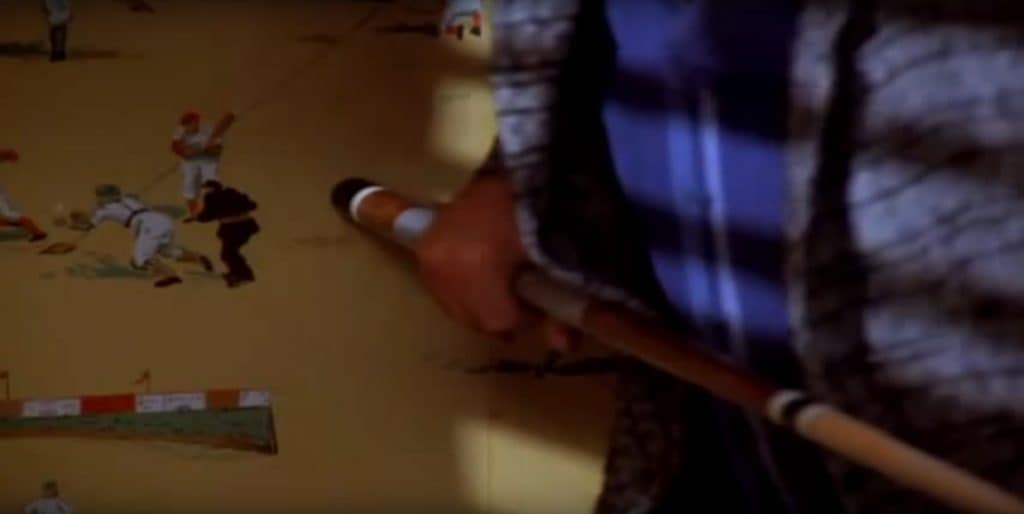 Channel flipping the other day brought me to “Seinfeld” on TBS — never a bad thing. I quickly recognized it as “The Maestro,” when Elaine dates an orchestra conductor.

But what caught my eye was the first of the scenes that take place at Frank Costanza’s pool table, where the wall is adorned with some whimsical wallpaper:

As Kramer tries to make his shots in a cramped room in a Queens duplex, the end of his cue keeps banging into the wall of George’s former bedroom — featuring baseball-themed wallpaper. The episode aired on Oct. 5, 1995 — an off-day between Games 2 and 3 of the Yankees-Mariners American League Division Series. In fact, all four Division Series that year were played on the same dates, so all were off on Oct. 5. That seems odd, though it was the first year of the Wild Card Era, so perhaps that was the experiment.

That may have been original, vintage wallpaper found somewhere in Southern California and used to decorate the set. But now it’s available again — digitally reproduced, of course.